Jama Masjid in Old Delhi is probably India’s best known mosque. Built by the Mughal emperor Shah Jahan in 1656, the mosque attracts thousands of people, worshippers and tourists alike, everyday. In fact, Wikipedia tells me that the mosque’s courtyard can hold upto 25000 worshippers!

So, I visited the mosque this year one October evening, along with my sister, brother-in-law and cousin. When we were about to enter the premises, one of the guards at the entrance stopped me and informed that I needed to dish out Rs.300 (about $5) if I wanted to carry my camera gear inside. Now, according to my mom, one of my biggest flaws is my tendency to spend too much money, which she terms as wasteful expenditure! But, somehow the prospect of spending Rs.300 just for taking some photographs seemed to me as “wasteful expenditure”, and I dithered for a moment. Thankfully, my Brother-in-law put things in perspective by saying, “But, then you do want to take proper photographs of the mosque. So, why bother about the money?!” That settled it and I paid up and we entered the mosque. In hindsight, I wonder, why I ever hesitated. I have never been more satisfied after spending Rs.300!

And I was luckier than 3 other youngsters, who were made to cough up Rs. 300 for every smart phone they were carrying! It seemed like daylight robbery to me. More so, because I noticed that most of the tourists (including us) were carrying smart phones with camera and we were not asked to pay any money for those!

Anyway, it is always a little unnerving to photograph a place, which has already been photographed millions of timed! The challenge is to show something new, so that the viewer does not get bored. So, here is my contribution to the huge stock of photos, already existing, of the Jama Masjid. 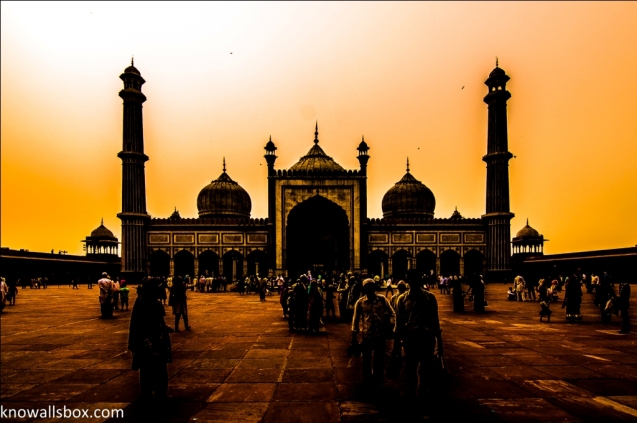 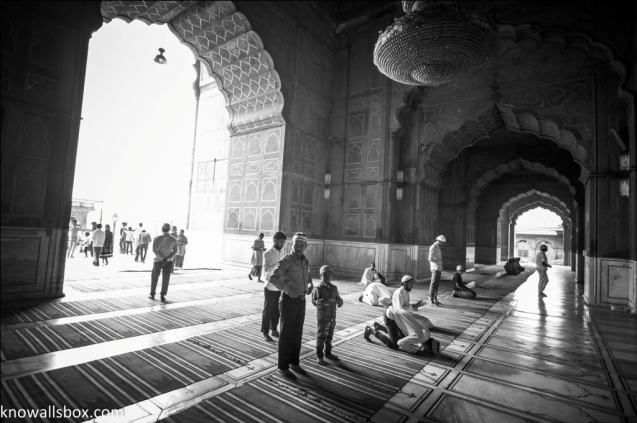 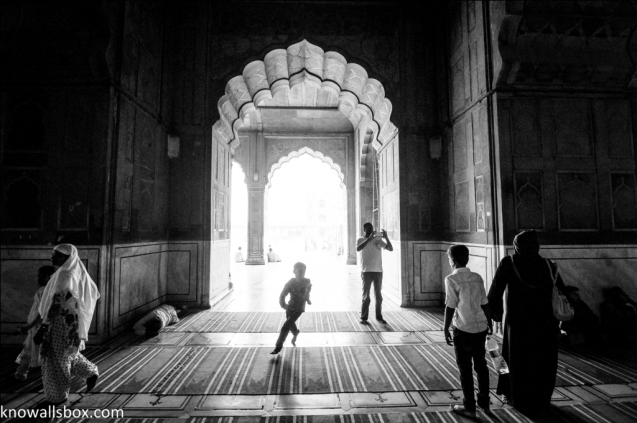 Do let me know if you liked them, and whether the Rs. 300 was worth spending! 🙂 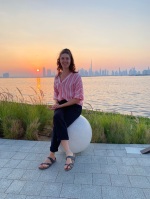 Welcome to my world, a tapestry of thoughts and forms conceived in my mind