In one of my earlier posts on the Howrah Bridge in Kolkata, I had mentioned that many cities usually have a monument which over time becomes the signature of the city. People start associating the city with the landmark, as a sort of top-of-mind recall, a term market researchers and advertisers swear by.

To my mind New Delhi, which has more historical monuments of significance than one can possibly remember, is always associated with Qutub Minar. In school, we always used to see the pictures of the Qutub Minar in our textbooks, and I always felt that it was an over-rated structure. After all, if you compare it to the Taj Mahal, it’s just a tall tower! It was only as late as 2006, that I first visited New Delhi and the Qutub Minar. And the interesting thing is, for a structure which I had seen in textbooks, newspapers, television so many times, my first reaction was- Wow!

It’s difficult to explain, but the structure has an awe-inspiring feel which I never got in the photographs I had seen. How well I have been able to capture the place in MY photographs, is something for you to decide. 🙂

In my earlier post I had talked about Sultan Ghari- The first Islamic tomb of India, which was built by Iltutmish. Just to put things in perspective, Qutub Minar was built by the Turkic Qutub-ud-din-Aibak (Ruled 1206- 1210 A.D), the first Sultan of Ghulam dynasty (Mamluk Sultanate) and the predecessor of Iltutmish.

Due to his untimely death, caused by a fall while playing Polo, only 4 years into his rule, the construction could not be completed by Qutub-ud-din. It was completed under the supervision of Iltutmish.

Qutub Minar is the 2nd tallest minar in India with a height of 73 meters. It is made of red sandstone and marble. It is not known for sure whether the Minar is named after Qutub-ud-din-Aibak or Qutub-ud-din-Bakhtiyar Kaki, a famous sufi saint who used to live in Delhi.

The most interesting thing about the minar and something which many people are not aware of is that you can find Hindu inscriptions in different parts of the Qutub complex. Moreover there are different parts which are un-mistakably from Vishnu temples. The reason is very interesting. Since the first Turks who invaded India were just military men looking for a loot, they did not bring along skilled architects or artisans who could design intricate structures. So, when they felt the need for a place of prayer, they had to think out-of-the-box. So, they decided to use huge blocks of the Vishnu temples which they had destroyed during the raids. I have always found this snippet of information very amusing.

I saw her and instinctively took her photograph..and then felt guilty that I had behaved like a jerk..so I decided to show her the shot..but did not have the nerve to approach her…so, I dragged my sister along and showed her the photograph!

Ayana- The girl from Japan

Let me know if you liked the photographs. 🙂

Mountain or Wine Bottle?? Either way, wish I was there...
Hey hey... you may be cute, but please maintain safe distance!!
Never again am I gonna call the paati lebu, paati!! Could get these after 2 days of not-so-paati effort!!!
"While the photograph is of interest to all lovers of wildlife, the trophy is only of interest to the individual who acquired it", said Jim Corbett, the great hunter who in his later life turned to photography. The last time I read the fascinating stories of Jim Corbett, my situation was not unlike my current condition- lot of idle time, thanks to the school summer vacation. The only difference was, I could freely venture out and borrow these books from the Library. I grew up being told that Corbett was killed by the 100th tiger that he killed. Ever since, I have been curious to learn more about this great man, and I was given the opportunity when I chanced upon this short biography whilst browsing at the Oxford Bookstore. Whilst not a very thorough biography, it does give a lovely insight into this kind hearted naturalist, who was worshipped in the Kumaon hills. Do read his works.. it is bound to be an enriching experience... 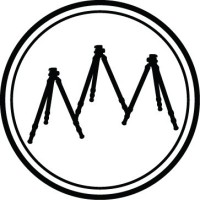